I’ve lived on West 10th Street in the village for the past six years.

Prior to that, I lived on neighboring Christopher Street, one street south, in an apartment at the top of a five-story walkup. The roof would leak when it rained, and the refrigerator door would swing open across the uneven floors if it wasn’t taped shut. It wasn’t until the bed bugs arrived that I realized it was time to move.

In the middle of January, I packed up and moved north one block, and east across 7th Avenue. This meant I could still frequent my local favorites.

It meant I could still wave hello to the thin, industrious Asian man who ran the florist on the corner. He would smile to me under his wide-brimmed hat. And on the rare occasions I had the time, I would stop and admire his flowers that spilled out onto the busy sidewalk, come rain or shine.

It meant I could still frequent my corner bodega at any hour for Miller Lites, a few packs of M&Ms, and a chocolate at the counter that was often ‘for free.’

It meant I could step into my local wine shop on my way home from work and talk about the day I had in the same way I would among my close friends. Because after all, there’s nothing like wine to bring people together.

The New York City I called home was confined to a one-block radius — a spectacle of the city’s best restaurants, liveliest bars, and arguably some of the city’s rowdiest, youngest professionals. It was gritty and loud, with garbage trucks and fire engines. It was just enough New York that the thrill of the midtown skyscrapers could be seen down 6th Avenue, and the lights of Times Square lit up the northern end of 7th Avenue. From this city block, I watched the Freedom Tower rise to completion, and the Hudson River’s waves change with the season. It made the wild frenzy of Manhattan tangible, and reminded me that I was part of a much greater whole. Yet the New York City I called home was sheltered and warm, with tree-lined cobblestone streets reminiscent of Boston’s Beacon Hill.

And it was in my 350-square-foot studio on West 10th where I created my lifestyle site Fieldhouse Kitchen (FK), and more importantly, a physical site for gatherings. 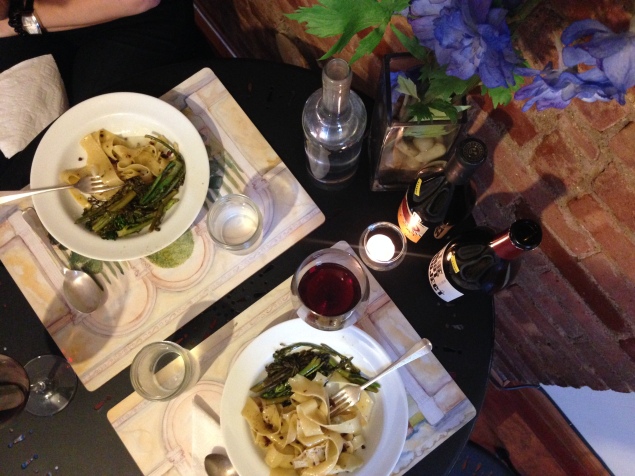 “Give me your tired, your poor, your huddled masses…” I would tell my friends, describing FK, quoting “The New Colossus” (the poem on the Statue of Liberty written by poet Emma Lazarus who also lived on West 10th, a few doors down from me).

And over the course of those six wild, rocky, chaotic, fun-filled years, friends did just that. They’d ring the buzzer and climb the four flights, carrying with them their breakup woes, their work troubles, their city life frustrations, and more. And with a home-cooked meal and some wine (a lot of wine), they left feeling better, even if only warmed by good conversation and comforting food and drink. 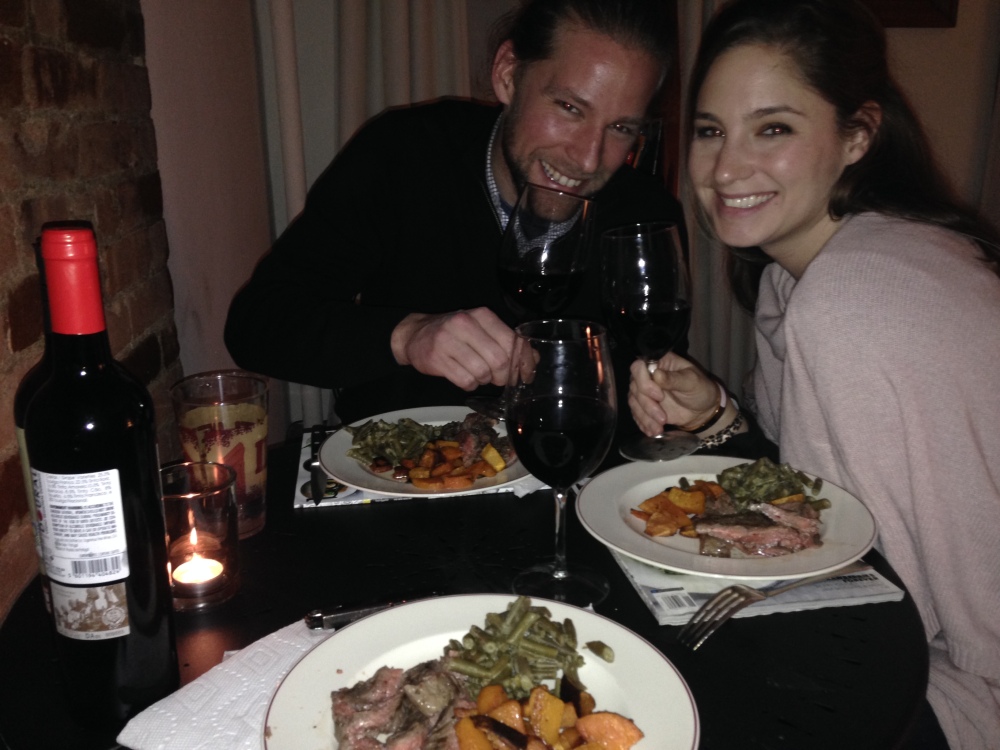 Fast forward five jobs, countless commutes, dozens of dates, one cat, hundreds of cheese plates and dinners, one boyfriend who changed everything, and here I am… 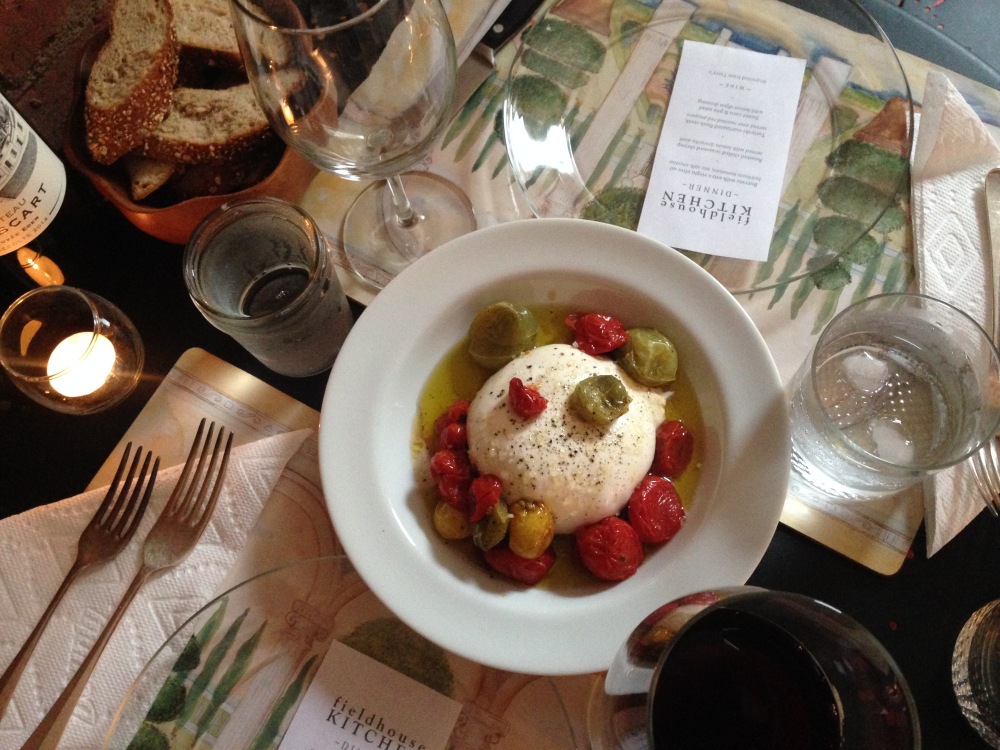 “This is a great apartment, why are you moving?” the moving guy, who was packing up my IKEA loveseat like it was something of value, asked me on Thursday.

And while it seemed strange to leave a place I loved, anchored in the heart of the West Village (and give up a 15-minute walking commute to work down West 9th), it was time for change.

Sure, I’ll miss sitting on my windowsill with a glass of wine, listening to Van Morrison, and watching the lights of the Standard Hotel turn on, window by window, as I waited to head downstairs to meet up with friends.

Sure, I’ll miss cooking dinner at any hour of the night (I once made chicken parmesan at 2am as casually as someone would order a pizza).

Sure, I’ll miss all the quirks and charms of the apartment that made me feel as though I was on an old leaky wooden boat in a galley kitchen.

But it was time for a move… and you’ll have to stay tuned for the next blog post to learn more.

And in case you were wondering what ‘the last supper’ in my apartment was, it was my go-to mussels with garlic, white wine, crushed tomatoes, parsley, lemon, and a drizzle of olive oil…

What are your thoughts? Cancel reply